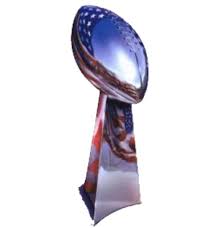 I told myself I wasn’t going to care.  In fact, I vowed to not even watch the Super Bowl this year. But, let’s be honest, that isn’t going to happen.  There is something about football that just drags me in.  It doesn’t matter who is playing, if there is a game on, I will be watching it.  And this year is no different.  As the past two weeks have slowly ticked by, each day has brought me closer to caring, as much as I might try to deny it.

I don’t know what it is that captivates my attention, but when those twenty-two men walk onto the field for the opening kickoff, I am drawn to it like a moth to a bright light.  Maybe it is the chess-match taking place between two coaches who expertly move their players into just the right formation, to march them down the field and put six points on the board. Or maybe it is the intensity of the game.  Whatever it is, it dates back to my playing days that began when I was in elementary school.  The heat of the sun beating down on a mid-September afternoon, the smell of fresh cut grass, the cold, biting at every piece of exposed skin in late November, there is just nothing like it.

I am, of course, a die-hard Denver Broncos fan, so one might be able to see why I am torn between the two teams playing for the championship this year.  I still harbor anger and disappointment directed toward the Seattle Seahawks after last year’s humiliating defeat.  Some might say it is an easy choice then; root for the other side.  But it’s the New England Patriots whom I despise (no offense to any New England fans).  I like Tom Brady, he has had an amazing career and can seemingly make stars out of even the most average receivers, but I cannot stand Belichick.  There is just something about him I don’t like and I cannot in good conscious root for the Pats because of him.

So when the clock strikes 4:30 (MT) tomorrow afternoon and the ball flies through the air for the first time, I guess I will be rooting for the Seattle Seahawks. Either way, it should be a good game (much better than last year’s lopsided display I hope).  Both teams match up quite well, and I think we will be watching the best two teams in football over the last two months, square off in what should ultimately be a close game.

Who are you rooting for and why?